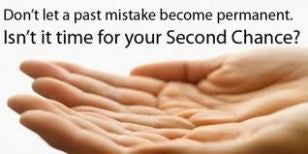 The Richard Albanese Law Office encounters clients with varying degrees of contact with the criminal justice system. A problematic situation arises often when we have a first offender on a non drug related offense. Illinois law currently allow a first offender in some drug possession cases to receive an expungeable probation with certain conditions being met. Felony offenses like theft have not been addressed and a first offender has been out of luck getting an expungeable probation in those matters. That is all about to change on January 1, 2014, across the State of Illinois when the Second Chance Probation Law goes into effect. Contact the Richard Albanese Law Office today to determine if your case qualifies for relief under the new law. This law covers Felony cases in Lake County, Skokie, Rolling Meadows, Markham, Bridgeview and Maywood as well as Will County, Dupage County, McHenry County and the rest of the State of Illinois. You can reach the Richard Albanese Law Office at (312) 882-1973, http://www.criminalandtrafficdefenseattorney.com or at [email protected]

On August 3, 2013, Governor Pat Quinn signed legislation that will give ex-offenders a second chance at employment and a productive life, while offering prosecutors and judges more sentencing options for non-violent offenders to help reduce the risk of repeat offenses. The new laws will also streamline the criminal record expungement process. More than 50 percent of Illinois inmates return to prison within three years. These actions are part of Governor Quinn's commitment to making sure that everyone in Illinois is able to be a productive member of society.

“Formerly incarcerated individuals shouldn't face a life sentence of no job prospects and no opportunities to better themselves just because they have served time in prison,” Governor Quinn said. “These new laws will help them get back on their feet, contribute to their communities and keep one offense from becoming a life-long barrier.”

House Bill 3010, sponsored by House Minority Leader Tom Cross (R-Oswego) and State Senator Linda Holmes (D-Aurora), creates a “second chance probation” option for non-violent offenders that allows a conviction to be cleared from a defendant's record upon successful completion of at least a two-year period of probation. This sentencing option gives prosecutors and judges more leeway in dealing with certain offenses. It also offers offenders a chance to keep one brush with the law from becoming a permanent stain on their records. The law takes effect January 1, 2014.

A new law sponsored by State Representative Tom Cross (R-Oswego) to allow courts the discretion to sentence certain first-time, non-violent offenders to probation without having a felony conviction on their record was signed into law by Governor Pat Quinn Saturday. The law achieves a landmark reform to provide those who qualify the opportunity to avoid the automatic, lifetime consequences of a felony conviction; particularly the hardship in finding employment upon completing their sentence.

“This new law will help to ease the logjam in our courts, reduce overcrowding in Illinois prisons and allow non-violent, first-time offenders a meaningful second chance to be active, contributing members of society,” said Cross. “Our criminal justice system should reflect the fact that not all offenders are the same; and that for some, probation is the appropriate punishment. This law gives courts that greater discretion and helps more offenders earn back their independence and ability to support themselves and their families.”

The provisions of the new law provide that whenever any person who has not previously been convicted of, or placed on probation or conditional discharge for any felony offense, and pleads guilty to, or is found guilty of, one of certain probationable offenses, the court, with the consent of the defendant, may, without entering a judgment, sentence the defendant to probation. Upon fulfillment of the terms and conditions of probation, the court will discharge the person and dismiss the proceedings against them.

Probation is currently available as a sentence for the offenses covered under HB 3010; however, under current law a defendant sentenced to probation for certain offenses would still be considered to have a felony conviction and would consequently be disqualified by law from engaging in certain occupations and activities.

With the consent of the prosecutor and judge, Second Chance Probation will be available for a qualified defendant charged with a Class 3 and 4 felony involving drugs, theft, retail theft, or criminal damage to property; however, a defendant charged with any violent or sexual offense or DUI will not be eligible for this disposition.

Click here for a copy of the new Second Chance Probation Law:  http://www.ilga.gov/legislation/ilcs/fulltext.asp?DocName=073000050K5-6-3.4