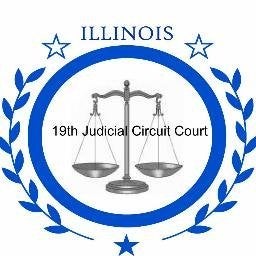 WHERE ARE THE LAKE COUNTY ILLINOIS TRAFFIC COURTS AND HOW ARE THEY DIFFERENT FROM OTHER ILLINOIS COURTS?

Lake County, Illinois is different than other jurisdictions in some ways when it comes to handling speeding and traffic tickets. In Lake County there are geographically based branch courts that handle all minor traffic matters including speeding tickets, suspended licenses, traffic accident tickets and other traffic matters. These branch courts have only one or two courtrooms each, but feature large, ample seating for the often heavy court calls, and free parking is readily available at each location.

The three Lake County Branch Courts are the Park City Branch Court, Mundelein Branch Court, North Branch Court - Round Lake Beach or the Main Courthouse in Lake County The case location as well as apperance date and time is located on the bottom of the citation you were given by the officer. If you have lost or misplaced your citation your can also look up your case by name free of charge here: Lake County Public Access Case Search Website. Cases are assigned geographically to each of these courts based on where the speeding ticket, traffic violation or accident took place. The cases at each location are handled by Assistant State's Attorney's from Lake County if they involve citations issued by the Lake County Sheriff or Illinois State Police. Village Prosecutors handle Lake County Speeding tickets and other traffic offenses that are issued by the local police departments across Lake County.

A quick review of your ticket should show one of the three branch court locations as well as the date and time for the first appearance. Lake County courts run all day with several start times at 9:00am, 10:30am, 1:30pm, and 3:00pm. Depending on the day you may spend quite a long time in court if you don' t have an attorney. The cases in which people are represented by an attorney are handled first as the attorneys often have to make appearances in other locations. If you seek a continuance to hire an attorney a judge may honor that request once or twice. It is always the best practice to consult with an attorney right from the start though to avoid unnecessary court appearances.

Drivers who may have gone to court before in other counties may have had the experience of getting a case dismissed when they went to court the first time because an officer was not in court to proceed with the case. This is not how things work in Lake County. The first court date after the ticket offers a chance to plea guilty to the ticket but nothing else. The case must be set for trial and the person must return to see if the officer will be present to proceed with the case the next court date.

DO I NEED A LAKE COUNTY SPEEDING AND TRAFFIC TICKET ATTORNEY TO HELP ME TO KEEP A TICKET OFF MY DRIVING RECORD?

In Lake County Illinois paying a speeding or traffic ticket through the mail without going to court and without attorney representation can often have unforeseen and costly consequences down the road. Convictions that usually result from simply paying a ticket through the mail can result in suspension of driving privileges for multiple offenses. A disposition of Court Supervision, although favored over a conviction, is still recorded against a person on certain driving records in Illinois.

There are three types of Driving Records kept by the Illinois Secretary of State include: 1) Internal Records - these are for Secretary of State use only and consist of the entire driving history, 2) Court Purposes Records - which are available to the driver, his/her attorney or a court official (prosecutor/State's Attorney) and law enforcement and 3) Public Records - which are available to the driver's employer, insurance companies, and private citizens. It is also worth noting that there is no formal expungment procedure for speeding tickets and other traffic violations in Lake County and as a result a recorded ticket can stay on your driving record even with a court supervision disposition for 4-5 years per the Illinois Secretry of State guidelines found here: Illinois Secretary of State Frequently Asked Questions.

Most drivers are concerned with the Public Records category as that is how their insurance premiums can be raised for tickets of their driving record or a family member's driving record in Lake County. The Court Purposes category becomes relevant when a driver gets more than one ticket on their record across any period of time. These records are often generated daily and reviewed by Prosecutors and Judges in Lake County as your case is called in court. Both prior Supervisions and Convictions can be held against you in court when you face the consequences of a new ticket.

CAN I LOSE MY DRIVING PRIVILEGES FOR SPEEDING OR TRAFFIC TICKETS IN LAKE COUNTY ILLINOIS?

Beyond the financial consequences of paying a speeding or traffic ticket in Lake County without the assistance of a Lake County Speeding or Traffic Ticket Attorney is the possibility of losing your license. The Lake County courts and Illinois Secretary of State are not sympathetic to drivers who fail to pay speeding or traffic tickets or register too many convictions. Illinois Secretary of State suspensions and revocations that often result when people are not properly represented in traffic court are outlined specifially here: Loss of Illinois Driving Privileges. Often these consequences are not realized immediately in court or when tickets are paid by mail and may happen weeks later when the Secretary of State is notified of the disposition of your tickets in Lake County. Drivers who are not represented by a Lake County Speeding or Traffic Ticket Attorney often discover too late that certain actions they took triggered a suspension or even revocation of their Illinois Driver's License.

WILL A LAKE COUNTY SPEEDING OR TRAFFIC TICKET RESULT IN INCREASED INSURANCE PREMIUMS?

The imposition of court supervision on a ticket in Illinois reduces the risk of increased insurance premiums as supervision dispositions are not viewable on a Illinois driving record to insurance companies although obtaining court supervision is not automatic. When a driver's record with the Illinois Secretary of State reflects a conviction the driver's insurance company will see that conviction in their renewal of premiums. Increased premiums could result for even one Lake County speeding ticket conviction, penalizing an Illinois driver with added expense for years to come.

Prior to becoming a traffic and speeding ticket attorney I served as a Prosecutor for over a decade handling literally thousands of speeding and traffic tickets in Illinois. As a former prosecutor I am aware of all the possible dispositions that can be offered by a Lake County Assistant State's Attorney as well as what various village prosecutors may be inclined to do depending on a client's traffic background and circumstances of the case.