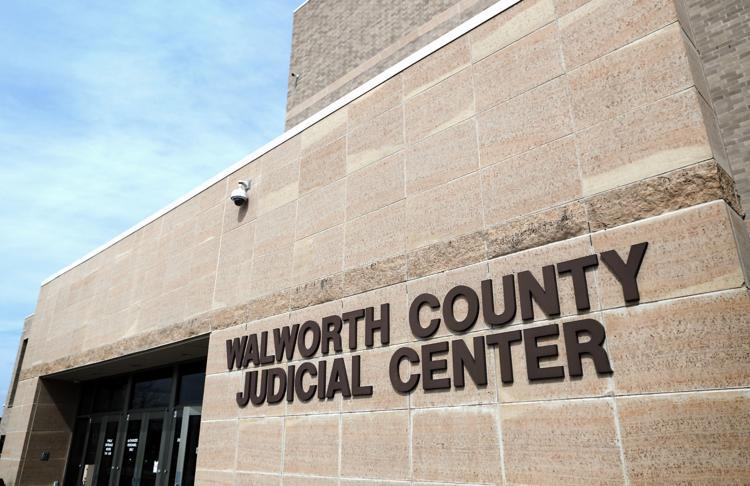 Walworth County located in Southeastern Wisconsin just a short drive past the Illinois border. There are 24 lakes, the largest being Geneva Lake which is nine miles long, from one to three miles wide, with water supplied by fresh springs. The Lake Geneva area is a popular destination for Illinois residents with summer homes or vacation rentals. Walworth County is patrolled through the combined efforts of the Wisconsin State Police, Walworth County Sheriff's Departments along the highway and by several local police departments in the towns of Geneva, Linn, Bloomfield, East Troy and Delevan as well as the villages of East Troy, Walworth, Fontana, and Williams Bay and also the cities of Lake Geneva, Genoa City, Elkhorn and Delevan.

When an Illinois or Wisconsin driver is stopped in Walworth County they generally are given a 8 x 10 size paper citation that is printed by the State, County, City, Village or Town Patrol Officer. This citation includes important details such as your speed and the posted speed limit where you were cited. There is also a section indicating the Walworth County Circuit Court or Municipal Court location and payment address as well as a court date and time to appear. On the top left corner of the citation there is a section marked "Appearance Required". With most speeding tickets in Walworth County there is a notation of "NO" next to the Appearance Required section. Unfortunately, many Illinois drivers who get a speeding ticket in the Lake Geneva area see the "NO" notation and believe the ticket is not serious and choose to just pay the ticket without speaking to a Lake Geneva area speeding ticket attorney triggering uniforseen and unintended negative consequnces for their Illinois driving records.

I have also received many calls from Illinois drivers that were erroneously advised by well intentioned Walworth County Sheriffs, Wisconsin State Patrol or Municipal police officers that they should just "pay the ticket because you are from Illinois and the points don't count against you". Wisconsin drivers are on a Points System promulgated by the Wisconsin Department of Transportation while Illinois drivers are governed by a System of Court Supervisions and Convictions promulgated by the Illinois Secretary of State.  The way a Wisconsin driver may handle a Speeding ticket in Walworth County is usually not the best choice for Illinois Licensed Drivers. The costs of an out of state conviction can multiply fast down the road. The consequences include potential suspension of driving privileges in Illinois, increased insurance premiums and further expenses involving the reinstatement of an Illinois driver's license. On times people have received bad advice or simply don't know the law in Illinois regarding out of state convictions. Let's explore the issues and consequences further.

Unlike Illinois, the Wisconsin legal system does not recognize the concept of court supervision, thus every Walworth County citation concludes with a conviction, dismissal or finding of not guilty after a trial. Various speeding ticket violations can result in point assessments to a Wisconsin driver between zero to six points depending on the severity of the offense. The three categories of speeding offenses are as follows: Speeding (1-10 mph over the limit) three points, Speeding Intermediate (11-19 mph over the limit) four points, and Speeding Excess (20 miles or more over the limit) six points.  Other varieties of traffic violations carry various point penalties but ALL moving violations transfer to Illinois as moving violation convictions.

The imposition of court supervision on a ticket in Illinois reduces the risk of increased insurance premiums as supervision dispositions are not viewable on a Illinois driving record to insurance companies. Illinois traffic laws allow for momentary lapses in judgment with regard to speeding but for Illinois drivers with speeding tickets in Lake Geneva, Wisconsin, the law may not be so forgiving. As previously noted once a speeding ticket or other traffic violation is paid the conviction is entered and reported by the Wisconsin Department of Trasportation to Illinois where it becomes part of the driver's record with the Illinois Secretary of State and insurance companies will view the out of state conviction on the Illinois driving record. Increased premiums could result for even one Wisconsin speeding ticket conviction, penalizing an Illinois driver with added expense for years to come.

It is also interesting and important to note in my decades of experience as both a prosecutor and traffic defense attorney I have observed that a conviction for a Lake Geneva, Wisconsin speeding ticket will not only be viewed by insurance companies but prosecutors and Judges in Illinois as well should another speeding ticket or traffic violation occur in Illinois. Judges and prosecutors are less likely to approve a supervision request for a subsequent Illinois ticket for a driver that has a conviction history from one or more Wisconsin speeding tickets.

The Illinois driver who has a Walworth County, City of Lake Geneva or other Municipal court speeding ticket should not focus on the points scheme but rather attempt to obtain a category of violation that is not reported to the Illinois Secretary of State as a moving violation.  These special non-moving violations will not affect the Illinois driver's license and will not result in increase of a driver's insurance premiums. I am generally able to negotiate with Municipal and State Prosecutors on speeding tickets to secure an amended non-moving violation charge when appropriate for respectful Illinois drivers with a otherwise clean record. The end result is that an Illinois Driver can pay a amended ticket in Wisconsin that is guranteed to have no impact on their Illinois Driver's License.

When an Illinois driver with a Walworth County speeding ticket hires me they are usually relieved that I handle all court appearances and paperwork as well as follow up with the Walworth County, City of Lake Geneva or Municipal Clerk of Court as needed. Once you have retained me you will not have to appear in court to contest your ticket, which saves not only a long trip back to Wisconsin from Illinois, but also saves time and the expense of having to take a day off work to appear on a citation. Please feel free to contact the Richard Albanese Law Office today at 312-882-1973 or at http://www.criminalandtrafficdefenseattorney.com or at [email protected] for a free consultation on your Speeding ticket or traffic violation in Walworth County, the City of Lake Geneva, Town of Linn, Village of Fontana, Town of Delevan or any other Lake Geneva, Wisconsin court.