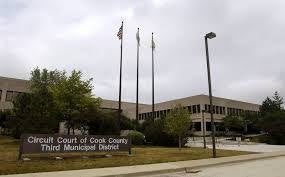 In most states speeding is a fine only offense and most drivers do not face the possibility of jail time for speeding unless the speeding and other circumstances escalate the offense to reckless driving. Most tickets are paid or contested in court with money only penalties. In Illinois if you have a petty offense speeding ticket you may not be required to appear in the Rolling Meadows court as you may choose an option of court supervision with traffic school assuming you have a clean driving record or you can pay a lesser cost and incur a conviction on your driving record without appearing in the Rolling Meadows court.

Once a driver is pulled over and cited for a speeding ticket over 26 miles per hour by the Illinois State Police, Cook County Sheriff or other agency they will receive a mandatory notice to appear in a Rolling Meadows courtroom on a future date. Most aggravated speeding tickets arise on highways that are patrolled by Illinois State Police and then set for hearing in the Rolling Meadows court. These tickets are not limited to the highways though and can be cited by local police officers on roads in the following towns: Arlington Heights, Barrington, Barrington Hills, Bartlett, Bensenville, Elk Grove Village, Hanover Park, Harwood Heights, Hoffman Estates, Inverness, Mount Prospect, Norridge, Palatine, Prospect Heights, Rolling Meadows, Roselle, Rosemont, Schaumburg, Schiller Park, South Barrington, Streamwood and Wheeling. If you appear on a misdemeanor speeding ticket in the Rolling Meadows Court without an attorney a judge generally will continue your case to appear with an attorney on a future court date.

The reason why an attorney is needed in Rolling Meadows court for an aggravated speeding citation is that the possibility of a jail sentence exists on the charge. When a citizen faces the possibility of incarceration they are entitled to legal representation under the Constitution of the United States.

Under Illinois law (625 ILCS 5/11 601.5(a)), speeding 26 mph or more in excess of the posted speed limit is not petty offense, but rather a misdemeanor criminal offense in Rolling Meadows court. Aggravated Speeding 26-34 mph over the posted speed limit is charged as a Class B Misdemeanor, punishable by up to six (6) months in jail and a $1,500 fine plus mandatory court costs. These citations require a mandatory appearance in the Rolling Meadows Court as they are charged as criminal offenses, but with legal representation these tickets can normally be resolved on the first court date unless other conditions or circumstances apply.

Under Illinois law (625 ILCS 5/11 601.5(b)), Aggravated Speeding 35 mph or more over the posted speed limit is a Class A Misdemeanor and is punishable by up to twelve (12) months in jail and a $2,500 fine plus court costs. It is interesting to note that these speeding tickets carry the same level of misdemeanor sanctions as a DUI or reckless driving charge. These citations also require a mandatory appearance in the Rolling Meadows Court as they are charged as criminal offenses, but with legal representation these tickets can normally be resolved on the first court date unless other conditions or circumstances apply.

Prior to becoming a traffic and speeding ticket attorney I served as a Cook County Prosecutor for over a decade handling literally thousands of petty and aggravated speeding tickets in Cook County. As a former prosecutor I am aware of all the possible dispositions that can be offered by a prosecutor depending on a client's traffic background and circumstances of the case.

When I first speak to a client I establish their relevant traffic history and driving record. I then consider the level of speed that they are being accused of traveling as well as the location they were stopped by the police as well as any positive or negative interactions they had with the police officer. I also establish if the client has a special license classification such as a CDL or more recently UBER or LYFT drivers whose livlihood depends on a clean driving record. Many professionally employed clients and younger students are also concerned how a criminal charge can adversely effect their employment or future career prospects.

Once I have determined the individual circumstances of the client and aggravated speeding citation in the Rolling Meadows court I appear with the client in court and negotiate the best outcome presenting relevant mitigating background evidence to the prosecutor in the Rolling Meadows court that may be handling the case. The primary goal is always to secure a disposition that does not result in a criminal conviction for a client that could have negative consequences for employment, school or background checks. Often I can secure a disposition of court supervision in Rolling Meadows court on an aggravated speeding charge.

I often am also able to reach agreements to have a prosecutor exercise their discretion to reduce an aggravated speeding charge to a non-criminal petty offense with court supervision and potentially traffic safety school. Some reduced charges may carry the imposition of higher fines or even community service. In certain circumstances I am even able to secure full dismissal of an aggravated speeding charge with no fines or costs due.