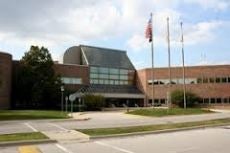 Many people charged with Chicago felony cases find themselves accused of crimes based on situations that occurred in the city of Chicago. Most people believe that their case will then be heard at the main criminal courthouse in Chicago at 26th and California. It can be quite a surprise for someone to learn that after an indictment or preliminary hearing a Chicago felony case is now assigned to a judge in Skokie. Some defendants are both surprised and angered when they learn they may have to travel to Skokie to face their charges for crimes that occurred in the city. The purpose of this post is to explain why some Chicago felonies end up in Skokie and what to do if you need a criminal defense attorney to handle your felony case in Skokie.

Why is my Chicago Felony case in Skokie?

As a result of large felony caseloads across the city of Chicago many cases get transferred to Skokie after preliminary hearing or indictment. There are enough cases assigned to Skokie that there are currently  four full time courtrooms dedicated to handling Chicago felony cases only, these courtroom numbers are 107, 108, 208, and 209. That is double the number of rooms assigned for Skokie area suburban felony cases for crimes that occurred in the suburban towns such as Skokie, Evanston, Desplaines, Niles and many others. The felony cases that are assigned to Skokie come randomly from 26th and California, but generally originate out of Branch 50 at 5555 W. Grand Avenue in Chicago or Branch 42 at 2452 W. Belmont Avenue in Chicago. Once a felony case is assigned to Skokie it generally stays there even if a substitution of judge is requested the case usually will end up in front of another Skokie judge.

When do I Find out if my Chicago Felony Case is Assigned to Skokie?

If a case is indicted or has a finding of probable cause after hearing in the branch courts there will be an assignment date set at 26th and California. If the case is going to be assigned to Skokie this is the first time to learn that fact and the case will be continued to a future date in Skokie.  If the case does not get assigned to Skokie it will be arraigned in a Chicago Felony courtroom at 26th and California that same day. It is important to recognize that the assignment process is not influenced by the prosecutors, police or defendants but is done through random process by the presiding judge. If your case is assigned to Skokie please use this helpful link to find your way to the courthouse and for contact information:

How do I find a Criminal Defense Attorney for my Skokie Felony Case?

Although on paper the laws remain the same across the State of Illinois there can be great differences in how cases are handled across Cook County. Wherever your case is you want a Criminal Defense Attorney who is familiar with all the ins and outs of a particular court. No attorney goes to all courts enough to know the rules and procedures or even how cases are handled by particular judges. If you want an experienced criminal defense attorney to handle your Chicago Felony case in Skokie you should look for criminal defense attorneys with the most experience practicing in Skokie.

I served as a prosecutor in Skokie almost eight years of my career as an Assistant State's Attorney. I served five years as a Chicago Felony Prosecutor in Skokie. I worked on a daily basis in front of several judges handling Chicago felony cases in Skokie that are still assigned to those courtrooms. I have handled literally thousands of these felony cases in my career and have argued countless motions as well as bench and jury trials in Skokie. I find myself very comfortable and confident handling all cases in Skokie and am happy to put my knowledge and experience as a former prosecutor to use for you defending your case. Please contact the Richard Albanese law office today at (312) 882-1973 for a free consultation.