What are the consequences and options if my son or daughter lives in Illinois but got a ticket or citation for underage alcohol possession or consumption in Twin Lakes, Wisconsin from the Kenosha County Sheriff at the Country Thunder Concert?

OVERVIEW OF COUNTRY THUNDER FESTIVAL AND COMMON CITATIONS AND OFFENSES 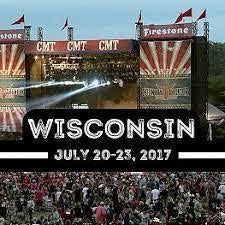 Once a year the Country Thunder music festival takes place in Kenosha County Wisconsin, specifically in the Village of Twin Lakes. This years festival is scheduled to take place July 20-23, 2017. If past history is any indication of the future this festival will likely result in a massive number of citations and arrests in Wisconsin for Illinois and other out of state residents and Wisconsin residents alike. The most common citations are for underage consumption or possession of alcohol and usually occur within the festival camping and campground areas. The Kenosha County Sheriffs and other law enforcement agents are dispatched to these campgrounds often on ATV or other smaller vehicles or may also be on foot patrol. In the past I have represented young people charged with citations and violations for obstructing justice, underage consumption of alcohol, underage possession of alcohol, possession of cannabis, drug paraphernalia, battery, disorderly conduct, criminal trespass and other violations related to Country Thunder and the surrounding festival camping areas. 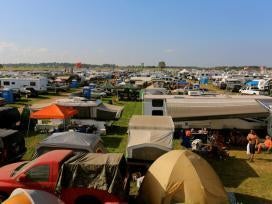 The immediate potential consequence to an Illinois resident for an underage possession or consumption of alcohol violation is a six month suspension of Illinois driving privileges. The Illinois Secretary of State provides in relevant part:

It should be noted that the State of Wisconsin does not recognize the Illinois concept of Court Supervision so if an Illinois resident pays or ignores a citation for underage possession or consumption of alcohol they will suffer a conviction that could result in a suspension of driving privileges as outlined above. An underage consumption of possession of alcohol conviction will be visible to a parent's insurance company and may result in increased family premiums, An additional significant repercussion of a conviction for underage possession or consumption of alcohol is the record of that offense as a forfeiture, criminal charge or ordinance violation. Often these tickets are not criminal in nature, but may still affect college applications or future job prospects for a young person. 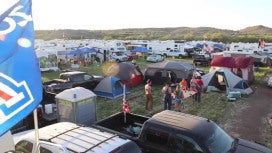 WHAT ARE THE OPTIONS FOR AN ILLINOIS RESIDENT TO AVOID THE POTENTIAL NEGATIVE CONSEQUENCES OF A CONVICTION FOR UNDERAGE POSSESSION OR CONSUMPTION OF ALCOHOL?

The best option is to avoid any conviction for the offense at all. Theses offenses are often handled very differently between State and Municipal Prosecutors. Attorney Richard Albanese has assisted many young clients is securing deferred prosecution agreements that result in amended lesser charges or even dismissal depending on the jurisdiction that issued the citation. Often the Illinois resident charged with Underage Consumption or Possession of Alcohol does not even need to appear in court and can often meet certain conditions to resolve the matter during college breaks if attending school out of State with my representation in the matter. If you live in Illinois or Wisconsin and got a Wisconsin ticket for underage drinking or possession or any other violation please contact the Richard Albanese Law Office immediately as some of these violations have court dates for as early as a week or a few weeks after the event. Do not pay fines that will result in a permanent conviction on your record as there are other options available to you. Even if you or your son or daughter who received and underage possession or consumption of alcohol citation mistakenly paid the ticket prior to the initial court date it still may not be too late to reopen the case. Contact the Richard Albanese Law Office immediately for a free consultation at 312-882-1973 or by email at[email protected] or on the web at http://www.criminalandtrafficdefenseattorney.com.