I live in Illinois and have a Illinois Driver’s License but got a Speeding Ticket in Racine, Wisconsin. How can an Illinois and Wisconsin Criminal Traffic Defense Attorney help me ? 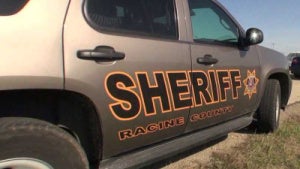 Welcome to the Richard Albanese Law Office Blog. Today I will be discussing a popular area of law that I get questions about almost daily. If you live in Illinois and got a Speeding ticket in Racine, Wisconsin there are some basic things you need to know to protect your driver's license and insurance rates once you get back to Illinois. Although a ticket can come from anywhere a person is stopped within any state, the majority of tickets come from cars being pulled over on the highways of Wisconsin and the citing authorities are generally the Wisconsin State Police or a Racine County Sheriff. I will first explain what to do step by step in this process including explaining the potential consequences of a Wisconsin ticket and what your best course of action will be to deal with the the police and later the Wisconsin ticket once you get back to Illinois. 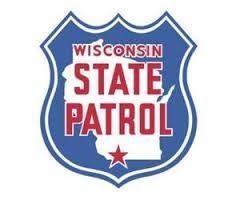 You are headed back home after a trip to Milwaukee or another Wisconsin city on I-94 and near Racine or Sturtevant you suddenly see lights from a squad car behind you, now what? The best course of action is to pull over as soon as possible and as far over into the shoulder as possible for the safety of the approaching officer. This will demonstrate you are quickly responding to the officer's authority. Next, sit and wait for the officer to come to you with your hands at the top of the steering wheel and do not get out of you car as that action will put an officer on the defensive. When approached remain polite and do not argue with the officer about the speed if he tells you how fast you were going. Often the officer may exercise discretion and write you a ticket for lower than the speed you were traveling if it is a borderline call. This may in turn make it easier to have a chance at reducing the ticket to an alternative violation that will not affect your Illinois Driver's License or Insurance rates. Do not pay the ticket when you get home regardless of what the officer tells you. I have had many Illinois clients tell me a well intentioned Wisconsin police officer advised them a speeding ticket was a minor offense and that if paid would not affect their Illinois Driver's License. While most speeding tickets in Racine, Wisconsin are considered minor non-criminal forfeitures for Wisconsin drivers the impact and consequences are much greater for and Illinois Driver who gets a speeding ticket in Racine, WI. It is not the Wisconsin police officer's job to advise you on the legal consequences of a speeding ticket in a neighboring state, that is my job as an attorney licensed to practice law in both Illinois and Wisconsin.

Unlike Illinois, the Wisconsin legal system does not recognize the concept of court supervision, thus every citation concludes with a conviction, dismissal or finding of not guilty after a trial. Various speeding ticket violations can result in point assessments between zero to six points depending on the severity of the offense. The three categories of speeding offenses are as follows: Speeding (1-10 mph over the limit) three points, Speeding Intermediate (11-19 mph over the limit) four points, and Speeding Excess (20 miles or more over the limit) six points.  An Illinois driver must be concerned with a speeding ticket conviction being entered against them and a report of that conviction making its way to the Illinois Secretary of State and their Insurance company. The Illinois driver who has a Wisconsin ticket should not focus on the points scheme but rather attempt to obtain a category of violation that is not reported to the Illinois Secretary of State, which I can explain in detail to each client depending on the rate of speed the are cited at. These amended violations will not affect the Illinois driver's license and will not result in inflation of a driver's insurance premiums. A failure to secure a non-reportable charge in Wisconsin will often result in an Illinois driver having a conviction for a moving violation on their record for a speeding offense that would have been a court supervision had it occurred in Illinois.

Hiring a criminal defense attorney who understands what needs to be done for an Illinois driver with a Wisconsin speeding ticket is important. The Richard Albanese Law Office actively practices across Illinois and Wisconsin and can outline a plan of action for your personal situation. Our office will save you the hassle of driving back to Wisconsin to fight a ticket or trying to get it reduced not knowing the proper way to go about it. With proper authorization Richard Albanese will handle all the legwork for you, including filing an appearance as your attorney on the case as well as conducting a pretrial conference with the Racine District Attorney's Office and preparing a stipulation to resolve the case. Once a case is resolved you will be contacted with all the information you need to close the matter. Contact the Richard Albanese Law Office today for a free Consultation on your Wisconsin speeding ticket case to see if it is a case that may have a chance to be amended to a lesser charge to protect your Illinois license and insurance rates. The Richard Albanese Law Office can be reached at (312) 882-1973 or on the web at http://www.CriminalandTrafficDefenseAttorney.com or by email at  [email protected]