Underage Drinking or Underage Consumption Violations in Wisconsin or Illinois: An Illinois and Wisconsin Criminal Defense Attorney explains why you need an attorney to protect your future. 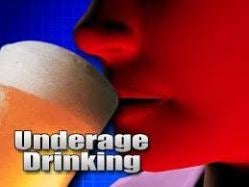 Many parents of college or high school students just pay an underage drinking ticket or ordinance violation without much thought. The young person usually does not even think beyond how unlucky they were to get caught at a party or bar by the local police. Often these cases do not require a court appearance and are thus shrugged at or laughed off as a right of passage and forgotten about. As a prosecutor for more than a decade and now as a defense attorney in Illinois and Wisconsin I can tell you one thing is for certain, the criminal justice system does not forget. In this age of the internet personal information is available about almost anyone and at lightening speed. A simple google search by a prospective employer can turn up an underage drinking conviction in Illinois or Wisconsin. Unfortunately, most young people and even parents don't realize the consequence until it is too late. Consider a familiar scenario as an example: Two or more young graduates are apply for the same position in their career field. The applicants are equally qualified based on their grades and internship experience, but one has an underage drinking violation in his or her background. Now whose resume do you think will be pushed aside first? Think also about the costs of college education and how much many families sacrifice to see their children succeed, but then fail to retain a qualified Criminal Defense attorney to help with these underage drinking violations that can destroy any future prospect of meaningful employment. Lets's face it the job market is tough enough for graduates in today's economy and the last thing any of them need is the excess baggage of an underage drinking conviction in their background.

What can a lawyer do for my kid? He was caught red handed with a solo cup of beer at the party? or She blew into a breathalyzer what can a lawyer do about that?  A few common scenarios and good questions to ask. The good news is that something can be done if I am involved at the start of the case. My years of experience on both sides of the criminal justice system have taught me that most Prosecutors do not take these underage drinking offenses that seriously if it is a first offense situation. The reason being is that most Prosecutors have more serious cases to devote their time too and are also not looking to permanently ruin an otherwise law abiding young person for this type of common momentary lapse of judgment. I have been able to negotiate deferred prosecutions in almost all underage drinking scenarios in both Illinois and Wisconsin. Often times the Prosecutor may require some community service be performed or a class be attended regarding alcohol abuse awareness. If the young person complies then the case is routinely dismissed.

Don't underestimate the impact of underage drinking violations as I have heard far too many stories of young people struggling to find a job or to get into a program of higher education after pleading guilty to these tickets years before and at that point it is too late. Contact the Richard Albanese Law Office for a free underage drinking case evaluation or consultation on any traffic or criminal matter. Richard can be reached at (312) 882-1973 or by email at [email protected]